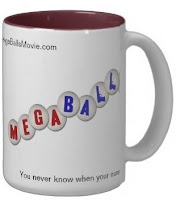 Above is a mug shot of .... the MegaBall$ coffee mug. These, and other logo - which include travel mugs, mouse pads, posters and T-shirts items can be ordered from our web site. Many include phrases from the film, such as "You never know when your number's up," or "You gotta have balls."  The profits from sales go directly to offset the development costs of the project. Eventually there will even be a MegaBall$ mobile APP! Order your products HERE.
Posted by Unknown at 3:42 PM 0 comments

One important item that can make or break a film project is its logline: one or two sentences to give the reader an idea of the story. It's designed to tease and entice the reader to want more - to want to read the screenplay or watch the film. Combined with the title, genre and tagline, we now have a powerful pitch.  We have spent much time on re-crafting our logline and, thanks to the guidance of several other writers, we've settled on this:


TAGLINE: You never know when your number's up


LOGLINE: Determined to prove he can predict winning lotto numbers, an overlooked computer geek has the Mob finance his plan and, whether he wins or loses, he'll be a hit.
www.MegaBallsMovie.com
Posted by Unknown at 10:26 AM 0 comments

Taking advantage of the first Spring weekend, I took my camera and ventured off to Red Hook, Brooklyn, in search of a large warehouse I once spotted from a car passing in the distance. It was labled the Port of Authority Grain Terminal, I found a lovely photo journey online HERE.

I found the silo not far from the Red Hook Ikea, took a few photos then chatted with the securit guard. I was not permitted to close-up shots, but I was told that films do occasionally shoot there and was given the contact information.  There's ample parking at an adjacent lot.

So, once we have completed financing we can schedule a walk-through of the silo and [hopefully] craft a deal that we can afford. It's exactly the look we want. 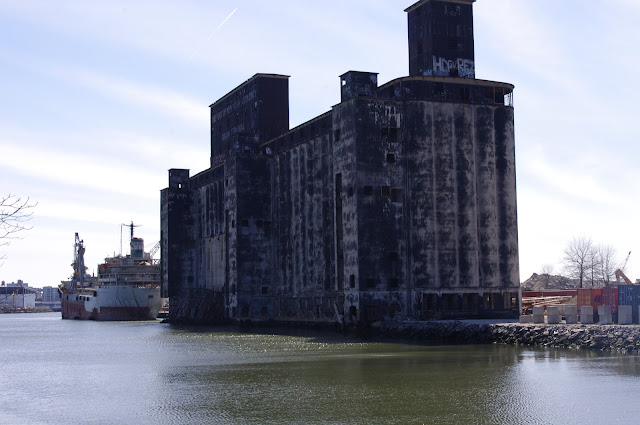 We have been looking for the perfect large abandoned warehouse for a key filming location for MegaBall$. Idealliy it would be near rail tracks and a river. We had scouted several rusty candidiates which, while interetsing, were not perfect. There is one area in the Jersey Meadowlands that could work, but that would take a few days off our much needed tax incentives from New York.

Then fate stepped in, much as it did when we accidentally found the railroad tracks as seen in the teaser video.

We were driving from Staten Island to Brooklyn for a newtworking event, and off in the distance we spotted a building with some faded markings. I was able to make out the letters, and an internet searched found it, in Red Hook, along the river with old rail tracks nearby.

The challenge will now be to see if we're able to get permission from the City to access the space, and what steps we'll need to take for the safety and comfort of our cast and crew. That will need to be seen once we finance. Meanwhile, we can dream.

Photos may be found by clicking here.
Posted by Unknown at 11:06 AM 0 comments