We've begun the necessary step of creating a financial document - aka the 'offering' - in the form of a Private Placement Memorandum (PPM). We should be "all in" be the end of the week. Fortunately our lawyer is working with us allowing us to make several payments instead of all the fees upfront. We are very confident in his skills and look forward to having the PPM ready for distribution in mid-January 2012. Out total budget is $700,000.

Once the PPM completed we'll be knocking on doors of investors who have expressed their support and, of course, we'll be open to additional investors.

When all the ducks line up we'll be ready for production of MEGABALLS in late Spring.
Posted by Unknown at 11:46 AM 0 comments


Sanna began her design background with a double BFA from the Royal Academy of Architecture of , and a BFA and in film/theater/TV design from the of Design. She has worked all over including with Lars von Trier's Zentropa Film Company. Here in the Sanna continued her studies at the NY School of Visual Arts. Her work as a production designer, art director include; He's Way More Famous Than You with Ben Stiller, Jesse Eisenberg and Vanessa Williams, Willa with Clayton Watson (The Matrix), the Italian feature film One Two Who's Who, Joy de V featuring Claudia Cardinale, The Family, the award winning European TV Max. Her work has also include video games, music videos, numerous TV commercials and short films.
Posted by Unknown at 11:32 PM 0 comments

We just returned from another trip to South Florida. It was great to see some old friends and make some new ones....while lining up new investors.

The highlight was visiting the Dezer Collection - 220,000 square feet with over 920 collectible vehicles, many from the movies.  The Collection is preparing for re-opening after expanding its space. The new space will include a section devoted to James Bond, and a large event space. We look forward to visiting again when it's in full swing - soon.

We're excited to announce that Ellen Jacoby has agreed to cast MEGABALLS. It's always great to see Ellen, and this time was no different - where we discussed ideas for casting the main roles. She'll review the roles we've pre-cast and we'll then talk about any ideas she may have, if needed. Ellen was yet given another award in recognition for her 25 years of casting. Some of Ellen's casting credits include BUR NOTICE and CHARLIE'S ANGELS (redux).  Ellen will also sponsor Oroloro's membership into the Florida Film Production Coalition. If you haven't been following, two of our films - LOVE OF A LIFETIME and HOT PROPERTIES - will shoot in South Florida. We were originally introduced to Ellen by the then-Broward Film Commissioner, Elizabeth Wentworth. Both were enthralled by our screenplays. Elizabeth has since gone on her own, and is part of our team as an associate producer.
Posted by Unknown at 3:13 PM 0 comments

Music to my ears

Tony award winning, Emmy and Grammy winning composer/arranger/conductor Don Pippin has attached to provide the original music/scoring for MEGABALLS.  Don has been a kind friend for many years. The Lambs will be doing a retrospect of Don' career in December...and we're proud to have him on board or film effort.
Posted by Unknown at 11:19 AM 0 comments

We're pleased to add more additions to the cast of MEGABALLS.

Rick Zahn is on board to play the role of the "tough" limo driver
for the Mastelucci family. We're looking forward to working with Rick.

Rebecca Damon will play the voice of the Megaballs Lotto Girl.

Keith Randolph Smith will play police officer Greene
We're truly pleased to have them on board....and there's more to come!﻿
Posted by Unknown at 12:21 PM 0 comments

We're very pleased to announce additions to the cast of MegaBalls:

Joe Gannascoli, best known for his work as Vito Spatafore in the HBO hit series,
The Sopranos, has signed-on to play Tony 'Donuts'. Joe will soon be seen in
Men In Black III. 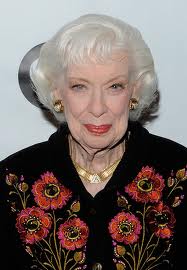 Joyce Randolph, best known as Trixie from the classic TV series, The Honeymooners
will play the role of the lead character's mother. 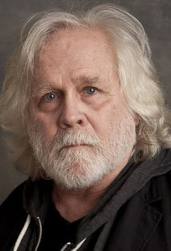 Veteran actor Tom Ligon will play the building super. Tom has a wonderful long
and varied career that includes theater, television and film.

Oroloro partner Marc Baron has been a guest judge two years running for a start-up film festival in NY called the NYC Filmmakers's Festival...and has been sked to judge a start-up festival in Laughlin Nevada next June. The  Leftovers in Laughlin Film & Entertainment Festival is more than just about film, it includes music, fashion, photography and more.
Posted by Unknown at 9:21 PM 0 comments